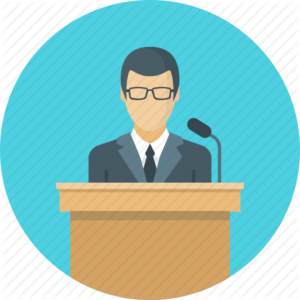 Dr.Uma Bhandari is currently working as a Professor in the Department of Pharmacology, School of Pharmaceutical Education and Research (SPER), Jamia Hamdard, New Delhi since April 2011 (NIRF Ranking No. – 1 in Pharmacy by Ministry of Education). She is a pensionable employee under UGC approved to post in Jamia Hamdard since April 1996. She has also worked as Founder Director in the Department of Pharmacy, IIMT College of Medical Sciences, Meerut, Uttar Pradesh Technical University, Uttar Pradesh (U.P.), India (2005 – 06 for one full year). She was also appointed as a Scientist Pool Officer of CSIR, Govt. of India in All India Institute of Medical Sciences (AIIMS), New Delhi. She has more than 32 years of teaching and research experience. The Core area of research work of Prof. Uma Bhandari is in Cardiometabolic disorders such as obesity, atherosclerosis, and diabetes with particular emphasis on the Indian System of Medicine (ISM). She has published more than 74 research papers in various national and international journals in the relevant field. She has presented her research findings at various international and national conferences of repute including IUPHAR’s (International Union of Pharmacology, under the ICSU category) World Congress of Pharmacology in Germany, USA, and China in 1998, 2002, and 2006 respectively. She has completed 6 major research projects from various funding bodies of Govt. of India. She has guided a number of Ph.D. and M. Pharma students in their Pharmacology and Pharmacy Practice research work. She has also published 4 Books/ Periodicals. She is appointed as NAAC Assessor by NAAC ( National Assessment and Accreditation Council) of UGC, Govt. of India. She is impaneled as an Expert Member in UPSC, New Delhi since the year 2016. She is also appointed as Subject Matter Expert of Tata Consultancy Limited in January 2021. Further, she is also appointed as Nominee, CPCSEA (Committee for the Purpose of Control and Supervision of Experiments on Animals) under the Ministry of Environment and Forests, Govt. of India. She has been granted a number of awards for example-

She is empanelled as an Expert and Examiner in various academic activities as under: